This part of my storm chase review will be focused on the verification  of reports from across the southeastern US on January 30-31, and a look at the report that my crew helped create. I’m going start with the Storm Prediction Center verification of their day one convective outlook issued on 13Z on January 30th. The main impact regionally came from wind, which was associated with the low level jet in place that was above 60kt in most places. There were a few reports of tornadoes, mainly to the north where there was less cloud cover and better dynamics. Of course, there was the Adairsville, GA tornado, which caused 1 death and over 100 cars to be thrown off the interstate where the tornado crossed. 300-400 homes in the area received damage or were completely wiped out. The man who lost his life was in a mobile home at the time of the tornado, and this death was one for the record books. It was not because there was an abundant amount of death, but because of the lack of death. This death was the first in 220 days to have occurred due to a tornado, which was a fantastic record. I give a huge kudos to those in the NWS and in the local television stations for creating this record and saving lives.

Below is the verification of the 13Z convective outlook provided by the SPC:

Below is a closer look at the reports in the NWS Tallahassee forecast area:

I have reason to believe that most of the blue W’s on this map were winds between 45-65 mph. The report in Jackson county (to the NW of the 49 at the FL/GA border) was the report that my crew collected. We had winds well sustained past  50 mph with gusts to 60 mph in northeastern Jackson County, and we saw a fairly large tree down in Greenwood, FL, which is to the northeast of Marianna. Below are a few pictures of the tree damage in Greenwood. I will be uploading more pictures into the Your Eye section above over the weekend or early next weekend. 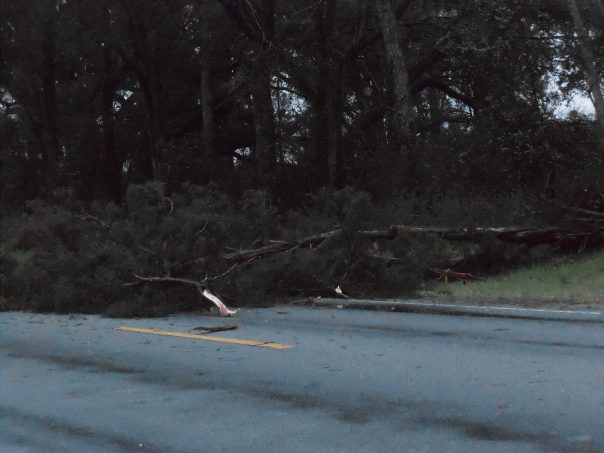 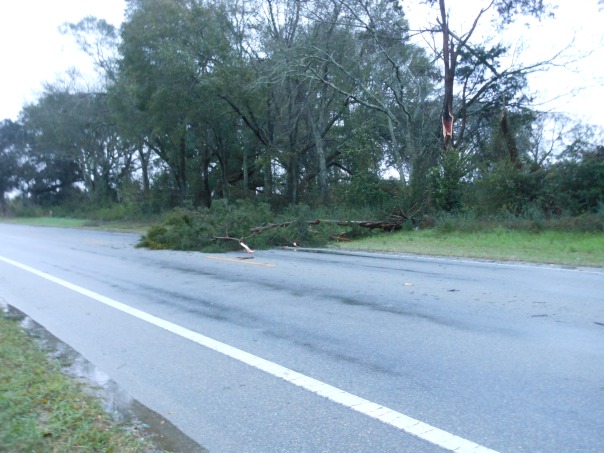 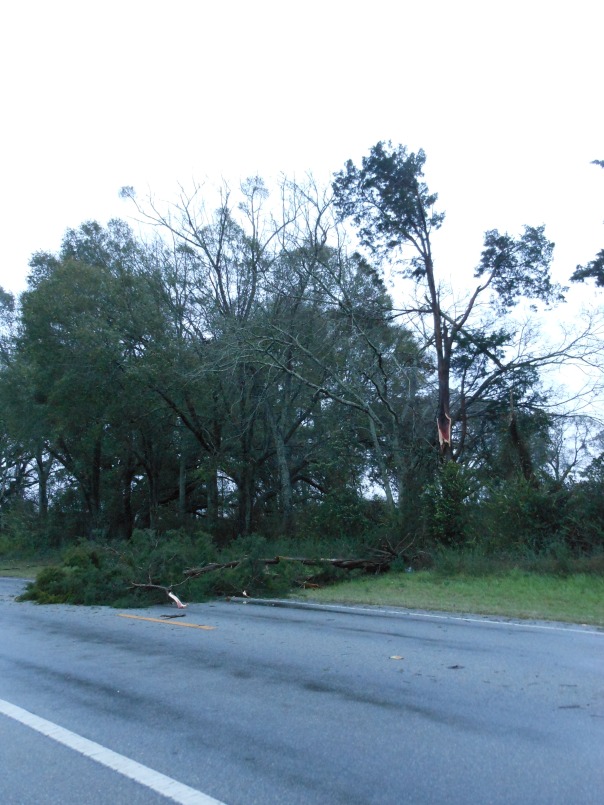 What we did right: The forecast for high winds and the timing of the storms was relatively spot on.

What we did wrong: Tornado watches were issued regionally. There were no tornadoes south of Atlanta, and conditions were not all that favorable for it. This was a misuse of the tornado watch. After driving through southern Alabama and the central Florida panhandle, I never saw any signs of any tornadic activity south of the Conecuh River and arguably Interstates 65 and 85. There were plenty of wind reports that could warrant a severe thunderstorm watch for most of the south, and that is what I believe should have been issued. According to the meaning of a tornado watch, conditions must be favorable for tornadoes to issue a tornado watch. Stratus socked skies are not favorable for tornadoes. If tornadoes were able to break from the pack, then a warning can be issued. Overall, the forecast was well done across the southeast. Kudos to the NWS.

Next Week: The main story this week will be the larger rainfall totals on Monday and Tuesday that will come from a building great plains low pressure system that will drag gulf moisture across Florida with a trailing cold front. A few thunderstorms may also form in advance of that cold front on Tuesday in the panhandle. The Hydrological Prediction Center is showing 2-3″ of rainfall on Monday and Tuesday in the tri-state area. I’ll take a closer look at this as we near the event and models consolidate.