← Gulf Disturbance 91L. A First Look at the Wet Week In Store for Florida
Tropical Storm Andrea has Formed. Rainy Day in Florida on Thursday →

Environment is Improving Around 91L

Tropical disturbance 91L has been holding status quo for much of the day today thus far, but as the sun sets that story may change. Located off the northern coast of the Yucatan peninsula are a number of small vortexes, and located to the east of that are a lot of thunderstorms. Both shear and dry air have been impinging on the overall organization of 91L as expected, but those effects have begun to lessen. Let’s take a look: 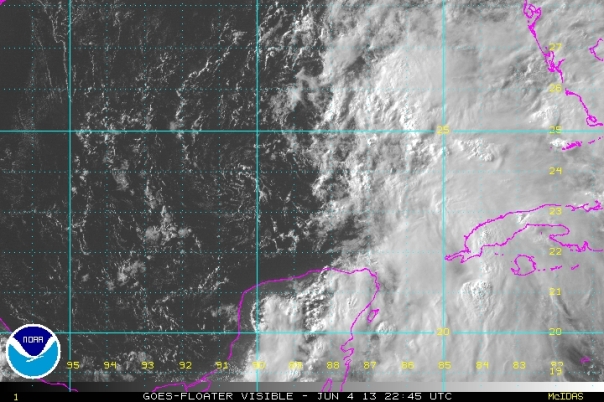 As you can see from one of today’s last visible images, the western side of 91L is very barren. Throughout the day a few spins in the lowest levels of the atmosphere have been noted in that barren air mass as they are spat out from what I believe will be the main center deep in the more moist thunderstorm activity. Shear continues to whisk all of the thunderstorms off toward the east and toward Florida. There seems to be a rather broad area of vorticity half embedded in the thunderstorms and half embedded in the drier air.  This should begin to pull in entirely under the thunderstorms during the next 12 hours or so. 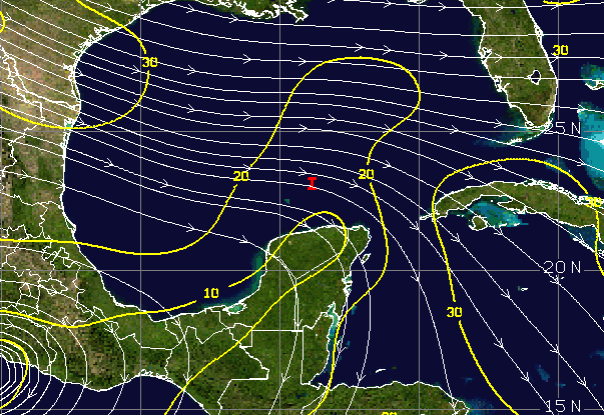 Hazards Over the Next 3 Days

Before I get to any forecast, I want to strongly highlight the threats with 91L over the next few days. 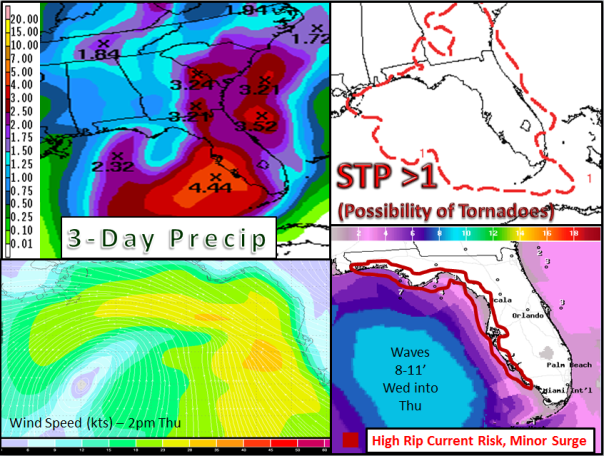 The track is fairly well laid out with only minor differences on the coastline. I generally would not say that, however with this system and all of the shear that is involved, most of the weather will occur from the Big Bend southward without change unless something major happens in the next day or so. 91L will be moving ashore on Thursday during the PM hours, which is when many of the impact will begin to wane.

This part of the forecast entirely depends on what happens tonight. Overnight tonight there is a window for enhanced growth as shear wanes, dry air begins to erode, and the upper level trough that will pull 91L northward stays away. I could still see a minor tropical storm coming from this system, but the odd are for the system to remain weak as a tropical depression. If there is a day for a renumber to TD 1 it is tomorrow. Expect a gusty end of the week either way. 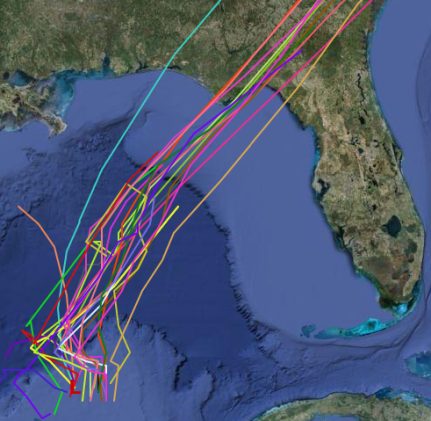 ← Gulf Disturbance 91L. A First Look at the Wet Week In Store for Florida
Tropical Storm Andrea has Formed. Rainy Day in Florida on Thursday →