Ana is Transitioning to a Tropical Storm: Rainy Mother’s Weekend on the Beaches Shaping Up

Ana’s subtropical origins are slowly being relinquished. Satellite imagery today has shown that dry air has wrapped all the way around Ana’s core, but seems to have assisted the subtropical cyclone in reorganization. Over the last few hours RGB imagery has shown that the naked center, which was disorganized to begin with, has tucked itself or redeveloped under the convective band that has developed on the eastern semicircle. You can note in the IR imagery below that when that occurred, convective activity shot up. Cloud top temperatures dropped into the mid to upper -50°C’s or -60°C’s.

Today was probably a rather boring day on the Carolina coast for those that know there is a storm off the coast with just some light rain and a slightly breezier condition. That is the effect of the dry air that wrapped around the western side of Ana last night into today. Ana is beginning to fight that dry air tonight by reorganizing and using the decently warm waters below. It is also a decent approach to think that environmental temperatures aloft have to colder than typical in order to foster thunderstorms over rather marginal, but decent sea surface temperatures.

Reconnaissance data up until 9:35 PM ET.

Recon this evening has shown some hurricane force winds at flight level, however the highest winds on SFMR in most of this storm are in the 40’s. In the deepest convection, SFMR was found to be in the low 60’s, which supports intensification but not on the large scale. This to me means that there may be some baroclinic/non-tropical processes still in play. This mismatch will likely be reduced in the next 24 hours. These winds will mix down to the surface from the 5000 ft level (Flight Level) with thunderstorms on occasion. 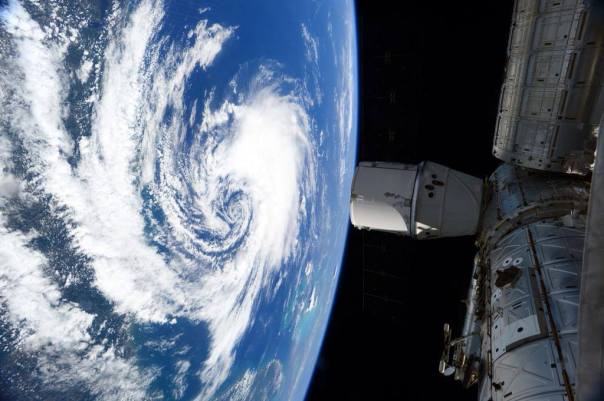 –Rainfall: 2-4″ of additional rainfall in possible between Charleston and Virginia Beach, but much higher totals are possible over the Atlantic. This system is expected to be a slow mover, which means that isolated locations may see significantly higher totals. The highest rainfall totals will be near the NC/SC borderlands and points northward along the NC coast. Rain will not be persistent until late tomorrow as dry air still has to work its way out.
–Wind: Sustained winds of 40 mph or higher are possible in the coastal waters and the Carolinas coast through Sunday, with winds gusting to 60 mph near the landfall point. Gusts may be higher if intensification continues. Winds may be intermittent in nature. Tropical storm force sustained winds will begin in coastal NC/SC near the border tomorrow afternoon.
–Rip Currents/Surge: There is a high risk of rip currents this weekend mainly on the northern side of the low pressure system. 6-9 foot waves will accompany these currents with the highest 1/3rd of these waves up to 15 feet. Avoid the beach and the waters through this weekend. Water could rise as much as 2 feet along the Atlantic coastline of North Carolina through Sunday afternoon. Beach erosion will become an issue due to the longevity of this system.
–Mariners: A tropical storm warning continues through the weekend. Winds to tropical storm force, waves to 8 feet, and otherwise bad conditions are expected. A few gusts could reach 50 kt. Waves may reach 15 feet close to the center of circulation in the worst case scenario.
–Tornadoes: SPC has placed coastal NC south of Cape Hatteras in a marginal risk for tornadoes in the front right quadrant as Ana approaches land on this weekend. The threat of tornadoes and damaging winds extends into northeastern inland SC and inland NC on Sunday. Any tornadoes will be weak and short-lived.

Although I’m not sure if it is a trend or a sudden jump since we did not have recon this afternoon, but I can only think that slow intensification is possible until Ana slips off into the cooler shelf waters closer to land. Shear is expected to increase over the next day, which may negate any help that the cold upper level temps and meager SST’s. Pending this latest jump in intensity, the trend should thus be for a plateau in intensity or minor intensification. Some weakening is forecast as Ana gets into the cooler waters, and then more so as Ana moves ashore. As Ana reacquires, non-tropical characteristics in the mid-Atlantic, it will likely re-intensify to a strength comparable to a tropical storm.

Due to the reason I mentioned above, and the lopsided nature of Ana in terms of convective activity, I think that NHC may delay the call for a tropically natured TC until tomorrow. The cyclone phase diagrams from FSU show that tomorrow will likely be the last day for Ana to become tropical, and I believe that it will transition to a tropical storm tonight or tomorrow. The radius of maximum winds should continue to decrease, which may also assist in slight intensification.

Cyclone Phase diagrams from Florida State University. From the GFS model at 18Z. Movement from C (Current) to the bottom right of the image is suggestive of a more tropical system.

In terms of the track forecast, a majority of the models bring the very center of what will be Tropical Storm Ana to the coastline of NC or SC between Myrtle Beach and Wilmington as a moderate tropical storm on Sunday afternoon. Due to the slow motion of this system, tropical storm force winds will move into the borderlands of NC/SC tomorrow afternoon intermittently.  This motion is due to high pressure building in to the Mid-Atlantic tomorrow, which will guide Ana to the NW and slowly accelerate her toward the coast. By late Sunday, the trough that is causing the very messy weather in the plains states will be in place nearing the Appalachians  to escort Ana to the northeast at an even quicker pace.

Ana has at least temporarily undergone an intensification phase that is in part due to the transformation from subtropical to tropical. As Ana sits over the Gulf Stream Current a hundred miles east of the Carolina coast, slight intensification is possible. The track forecast brings tropical storm conditions to the coastal areas of the Carolinas tomorrow afternoon, and conditions will deteriorate there tomorrow and in inland North Carolina and Virginia through Monday. The biggest threats are coastal erosion and heavy rain along the coastline. I would not plan too much outdoor activity this weekend if you are in the Carolinas.