Invest 99L continued to organize overnight both at the surface and aloft. On satellite, both inflow and outflow channels are visible.  Through microwave imagery, which acts as an X-Ray for cyclones, you can see two distinct rain bands setting up as seen below as the deeper reds on the northern and southern sides.  Satellite wind obs seem to suggest that winds at the surface are better cyclonically aligned, although every pass this morning missed the center. 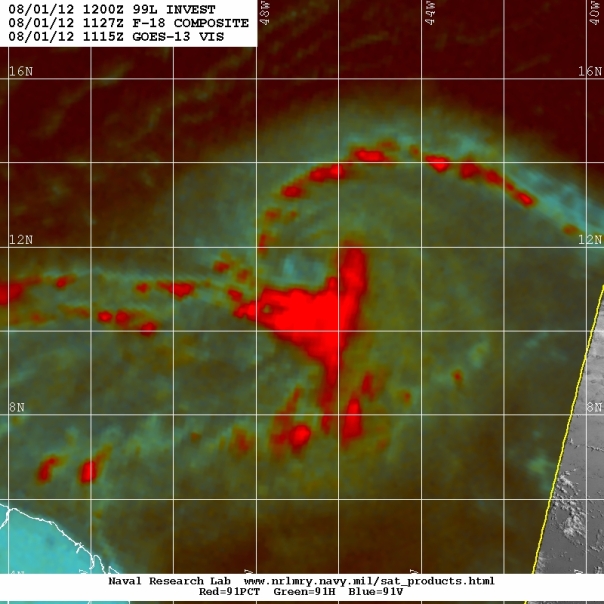 Winds are up to 30 mph and pressure is up as well to 1012 millibars. The invest is moving westward at 15 mph.  The US Navy says that Invest 99L has a chance of becoming a cyclone within 24 hours; NHC gives that possibility a six in ten shot. Recon is set to fly tomorrow at 11:30am ET and I believe that unless satellite pictures become much clearer today that NHC will begin discussing an upgrade to tropical depression status. I think that my forecasts from  last night on track and intensity are on par, and need no updating.  I will leave you with the latest spaghetti plots this afternoon (made with Tropical Atlantic’s model viewer): 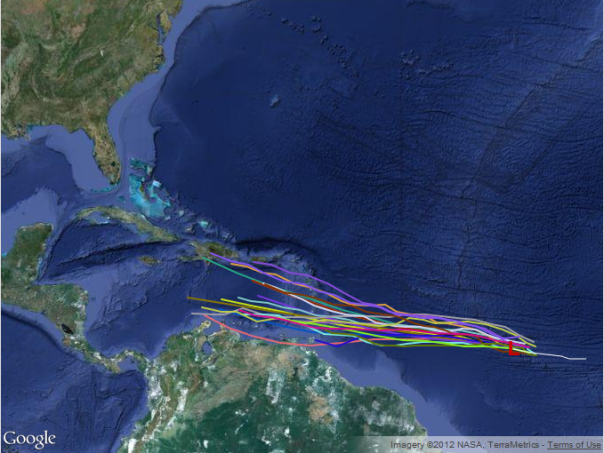 Note: Numerous of my Caribbean readers have been tuned in here at Eye on Weather and as such until the threat passes I will be doing a couple of updates each day to keep everyone informed.